Last time when we interviewed you on a beautifully sunny day in Berlin your project was called “NO!”. Why did you change the name to NO Darling?

Kike (NO Darling): It was indeed a beautiful sunny day, we were carrying on with that name from the project NO! that we started with Oliver Simon, after we split up, we started on doing another music style so we decided to change it. Nevertheless, we kept the name NO! for another 6 – 8 months anyway. The thing is that we were playing at this lovely festival called Camp Tipsy by the Baltic Sea a couple of years ago and after our performance people had started to ask me about the name of the band, then I replied the name is NO, darling. People started to say „Ahh that’s a cool name, NoDarling!“ and I repeatedly said „No! It is ‚NO‘,…darling“. We thought that since we were looking for a new name and the universe provided this one, let’s take it. 🙂 …and also I use that word a lot with friends.

Transmisser is the name of your current album. There is also a track on your album with that name which is the only one without lyrics. However, I think it fits perfectly because the song represents the atmospheric and psychedelic sound that you seem to use for other songs quite often. Are there any other reasons why you picked that name and identically named song? 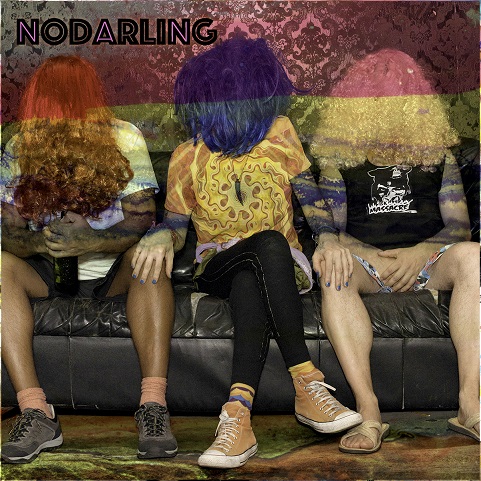 Short before Kay, Pedro and I finished the recording of the album in the studio. I got a new toy, an effect pedal with the name „Transmisser“, and I fell immediately in love with it. I was thinking to myself that I heard the perfect guitar atmospherics inside my head and the best part is that I can play them at the same time with my guitar!!! So I asked Fabian, our sound engineer, if he could give us another date at his studio cause it was something that I needed to play again, so I went again into studio just to play a bit guitar and tried the pedal… and Transmisser came out. I went to the guys of my band and showed it to them and they loved it. They said: „Don´t add anything leave it in the way that it is, just a guitar instrumental track.“ Later on, I also recorded the synth lines for the other songs playing also with that effect. At the same time I got such a new inspiration from that, so we transferred it into our shows sound. At the same time we were not so happy with the art cover so we used the transmisser as a channel to get into a new direction.

Why didn’t you add lyrics to Transmisser?

Then I didn’t have to add any lyrics in Transmisser cause the colours are in there. You have to paint your own trip piece.

In our last interview with you, you talked about how perceiving once own dreams should always be more important than just earning money. What dreams did you already fulfill besides your music?

That’s right! Well, besides the music I make my living also by doing and selling my photography, painting, digital are, etc…travelling.

Which dreams do you still want to fulfill in the future and how do you think you may be able to achieve them?

Music – it will always be an important part. I want/need to experience it with other kind of music instruments and musicians. We always need to have some dreams cause the funny part is the pursuing of them that is what makes your life happy, productive, interesting. Maybe a new home, connect more with nature, even if I still have a need for the city I like it! I’m also playing currently with another project called SHITFACE (Daniel Nimand – Andres Castellano and I). Drums machine, synths, guitars and guests – we do a down tempo atmospheric 70 – 90 bpm. So far, we had some gigs and everything is looking good. I  got recently into Healing Frequencies music, so definitely something i will be using in my next music.

Before you released your CD, you asked us if it is okay to include our logo on your CD. We did not expect that and really appreciate your support! What do you like about Inicat?

An organisation where you can promote your work as an underground band is important in this era of endless platform services for musicians to get to know the faces of the org and talk and share ideas like we did the last time we have met. I kept that in my mind. It is vital that someone who runs an org like this also is a musician that plays or played in a band, so that we share the same issues, and goals. 🙂 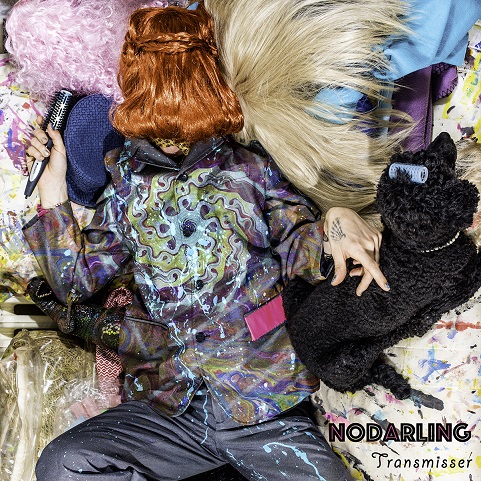 Get and listen to Transmisser here!